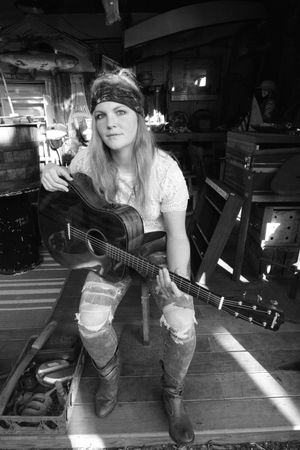 Born with humble beginnings in the small town of Pace, Florida, Brittany didn’t grow up with your typical southern appliquéd garments,  private school, and country club pool parties.  Unlike many of the privileged children of today, whatever Brittany has, it came from hard work, blood, sweat, tears, and a natural drive to prove something, whether it be to her peers or to herself.  Singing gospel from an early age in church, she knew where her passion lie.   And as spiritual as she may be, it wasn’t God, it was music.  And the church couldn’t even keep this determined soul from seeking fulfillment of her dream.

Her ultimate development came as a teenager who learned most of her lessons on the street.  With that came some serious hard knocks, motherhood, and a relentless persistence for making something of herself.  And what better place to turn than her own God given instrument, her voice.  She’s been coined the next Adele and for good reason.  But as powerful as her vocal ability is, her strength comes from her songwriting.  From heartache to alternate roads of hope and personal growth, Bell is relatable.  She is on a journey that could go in any direction.  It is her strength and perseverance, her spunk, and determination that will dictate her path.  A path that caught the eye of independent record label owner, Jeffrey Zimmer and Baldwin County Public Records.