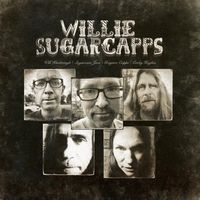 Birthed from a series of casual Southern Alabama songwriter-in-the-round jam sessions, Willie Sugarcapps is an organic outgrowth of the chemistry between five distinct musicians. Within these sessions, among the pot luck dishes served and a stage built to resemble a back porch, a connection brewed between Kimbrough, Crawford, Lee, Capps, and Hughes. Individually, these musicians have written, recorded, and toured throughout the US, with the likes of Jimmy Buffett, Emmylou Harris, Neil Young, Kate Campbell, Dwight Yoakam, and Steve Winwood, to name a few. The collaboration of such songwriting expertise inspired a repertoire of material that became their 2013 self-titled debut album, which was awarded “Americana Album Of The Year” by the Independent Music Association. Willie Sugarcapps went on to build a solid following, and performed on such lauded programs as Woodsongs Old-Time Radio Hour, NPR’s Mountain Stage and Music City Roots. 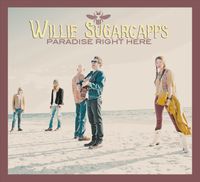 Produced and mixed by Grammy Award winner Trina Shoemaker (Sheryl Crow, Dixie Chicks, Emmylou Harris), Paradise Right Here was recorded over the course of a three-day session at FAME studio in Muscle Shoals. A hearty gumbo of Americana goodness served up in 11 tracks, Paradise Right Here is exactly that: a paradise of swelling choruses, lyrical storytelling, and an all-around feel-good, expressive vibe. The members of Willie Sugarcapps expertly showcase their musical versatility, adeptly switching between fiddle, banjo, mandolin, lap steel, bass, and guitar, and trading vocal leads from song-to-song. From the smooth sail of “Faded Neighborhood” and the warmth of ballad “Rosemary and Time,” to the thunderous, confident stomp of “Intentions Of My Heart” and the gallop of “The Highway Breaks My Heart,” the album is a celebration and exploration of life as a whole.

“Willie Sugarcapps is a breath of fresh air in a world that could use a little more positive energy,” explains Savana Lee. “We sing about our own personal experiences of life on the road, love and family...things that we care about and want to share with others.  It’s not just about the music, but leaving the world with something meaningful.”

A meaningful release indeed. Paradise Right Here is a rich Americana experience not to be missed. 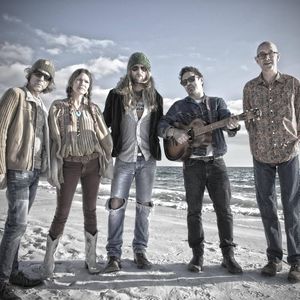 Willie Sugarcapps is (L to R):